It’s been a number of months since I read the Elon Musk biography called: Elon Musk: Tesla, SpaceX, and the Quest for a Fantastic Future. Even now one of the traits he possesses, as a founder, stands out in my memory – his incredibly high tolerance for risk.

Risk tolerance is the degree of variability in outcomes that a founder is willing to withstand. Understanding a founders risk tolerance before investing is pretty important. It is a precursor to understanding how the business will be run, how a founder might react under pressure or the likelihood of accepting an acquisition offer early in the companies existence.

To get a feel for what I’m talking about consider the following Elon Musk quotes:

It is clear to me from these quotes and the stories in the book, that Elon is a person who takes risks in part because he’s not afraid to fail and in part because, correctly or incorrectly, he doesn’t think he will ultimately fail. But as students of Elon Musk history probably know, while companies such as PayPal, Tesla and SpaceX have not failed, they have all been on the brink of failure at one time or another.

It’s no surprise that entrepreneurs take on a lot of risk when starting companies. A high percentage of startups fail. A bright person, with a number of safer options may view starting a company as too high a concentration of time, energy and effort. Risk taking in this form is not for everyone. Clearly there is a difference in the makeup of entrepreneurs like Elon Musk and others. The question is what creates the difference and how can one recognize that difference when deciding to invest?

One of the things I noticed in the book is that Elon had ‘risk role models’ within his family. His family members have all been pioneers in their own way. His great grandmother was the first female chiropractor in Canada. His Grandfather was the first, in 1954, to fly a private plane from South Africa to Australia without any electronic instrumentation - a 30,000 mile trek. His mother was part of a dozen expeditions to find the lost city of Kalahari. Including Elon’s brothers and sisters, who were all entrepreneurs, that makes four generations of risk takers.

Another thing I noticed was that Elon’s brothers and sisters and cousins weren’t allowed to quit anything. If Maye or Kaye Musk's children started something they were obliged to see it through. There is one story about Elon’s cousin telling his mother that he wanted to learn karate. Once the cousin started, he decided that he didn’t like karate. He went on to study for 10 years until he earned a black belt. How much perceived risk is there really if one does not have the ability to quit.

Back to the question… what creates the difference in risk tolerance of founders? The answer: many factors, some of which include the learned ability to be comfortable with risk, the will to see things through now matter what and the confidence that allows one to handicap their own risk properly. In addition, I think this can be discovered by reviewing the past history and experiences of a founder. It’s a matter of the founder putting the evidence out there and the investor looking to discover it. 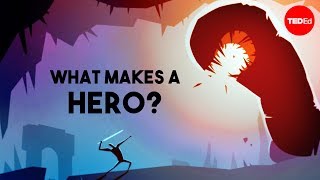 What Makes A Hero